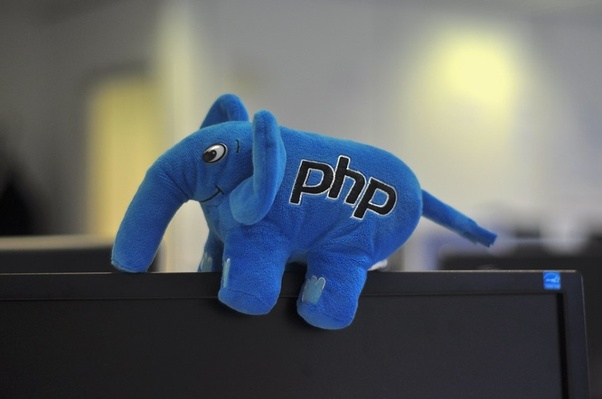 I was working on a project which required implementation of PHP builtin functions. To understand the scope of the project and its implementation effort I thought it is a good idea to get an estimate of the total number of these functions, and also, how frequently they are used among popular PHP applications. This would give me a rough idea of how many functions I need to implement myself. At the same time, the results can be leveraged to get insight into debloating effectiveness for these applications. Which is something that I’ve been working on for over a year now.

These are specific functions that come with the PHP itself. They are very similar to some of the structures of the language itself. For instance, “echo” is a language construct, that prints something to the output stream. “preg_replace” is an example of a builtin function. The list can be found here.

Is the idea of removing unused pieces of code from an application. Parts that are not used by the users. The outcome of this process is reduced attack surface, as any vulnerability that resided in the unused parts is now removed. In my previous research, we showed that indeed many of the known vulnerabilities and CVEs reside in the unused parts of applications. This means that, by identifying and removing these parts, one could mitigate roughly half of the known CVEs for a web application. Historic CVEs in this context are used to estimate the total number of vulnerabilities in an application. Anyway, you can read more about this at https://debloating.com if you are interested.

The plan is to use php-parser. This PHP library is a PHP parser as the name suggests. It enables you to define different types of visitors on the AST (Abstract Syntax Tree). Given a PHP code, I define a visitor to look for tree nodes of the type “Function Call”. Our specific target node types are FuncCall, StaticCall and MethodCall. The AnalyzeBuiltinFunctionUsage class will take a directory path as an input, and iterate recursively over all files with .php extension. It will then parse every PHP file and traverse its syntax tree using the visitor we define below.

This visitor will run enterNode() on every node in the parse tree. On lines 9 and 10, I check if current node is a function call or a method call. Given the list of builtin functions,  we can count the number of calls to each of them. Notice that we are performing a static analysis. Which means, we will have to ignore dynamic function calls.

Now that we have the code to extract number of calls for builtin functions, we can run this code on popular PHP applications. We focus on WordPress, Magento, Mediawiki and phpMyAdmin at this time, targeting different versions of each application (Similar versions to https://debloating.com). 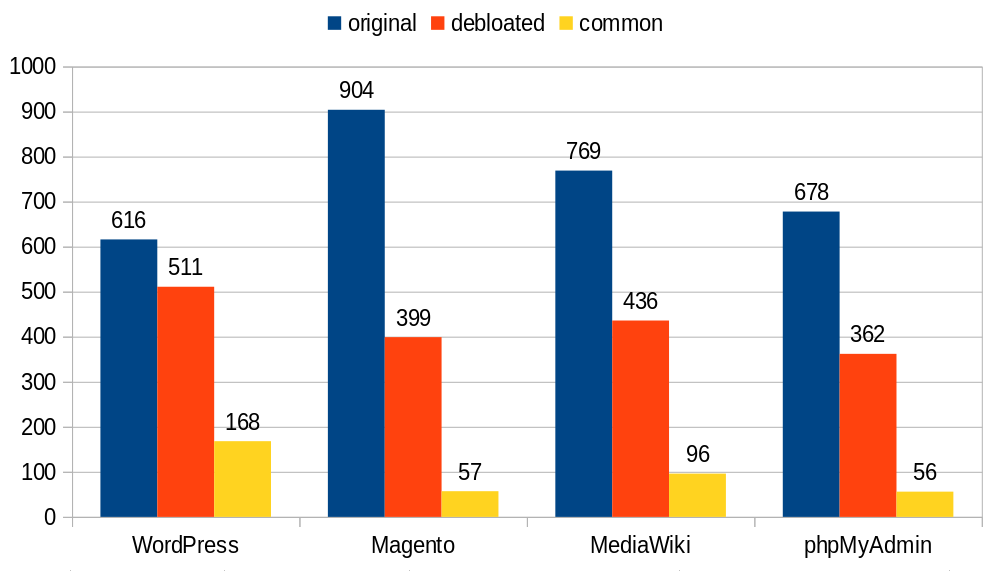 In the chart above, the blue bar indicates the total number of distinct builtin functions used among various versions of the target web application. By emulating less than 900 builtin functions (out of ~11,000 including the ones from extensions), we can perform a sound static analysis on these popular PHP applications.

Among the builtin functions, there are some that are more security sensitive than others. Taking eval() as an example, this function will take a string as input and execute it as PHP code. If attacker controlled value reaches the call to eval, the attacker will essentially be able to execute arbitrary code on the target web server.

Sensitive builtin functions can be categorized as follows [Reference]:

Overall, debloating proves to be successful in removing the majority of security sensitive builtin PHP functions. I have also uploaded the number of calls to each builtin function to the Github repo under results directory.

Finally, if you are planning to emulate PHP builtin functions for the purpose of static PHP code analysis, you know where to start.